Are you one of the 21% injured at work in the North West?

According to recent research released by confused.com, the North of England appears one of the most high-risk areas for accidents at work in the country. This shocking find suggests that a number of workplaces are failing to properly uphold health and safety standards. The figures emphasizing the  risks, show that since 2008, 154 people in the North West have died at work. The most dangerous sector appeared to be construction, with 47 deaths in the industry alone since 2008.

Obligations to health and safety have been flouted 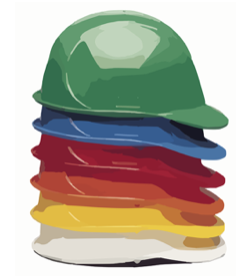 It therefore appears that the concentration of manual jobs in the North West, and the risks which come with them, could be contributing to a tragic higher incidence of injury and even fatalities at work. There is no excuse for these occurrences to be happening – as every workplace has a legal obligation to ensure health and safety standards are met in the interest of workers. Here at Zen law Solicitors we care about providing legal support in circumstances where workers have been treated unjustly and had their safety put at risk.

Further figures as part of the study revealed that more than 21% of people have been injured in their place of work in the North West. The high figure shows that essential steps need to be taken to ensure safety. It’s also important that those who have been facing injury do not suffer in silence. If you have been injured in your place of work and it was not your fault, you are legally entitled to support, something we provide fully.

We are here to support you

Zen Law solicitors do not want the North West to be recognised as a place of high incidence of injury and ‘dangerous’ working. What we want is for health and safety standards to be appropriately upheld in every place of work, whilst working for justice for those who have been negatively affected. If you believe you have a case for a claim, our team are ready to support you.